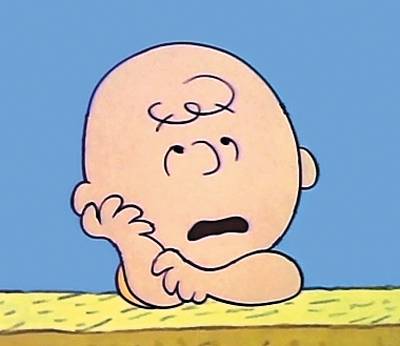 After World War II, the U.S. set out to control much of the world’s wealth.  One of the chief architects of this order said, “[The U.S. has] about 50% of the world’s wealth, but only 6.3% of its population.. In this situation, we cannot fail to be the object of envy and resentment.  Our real task in the coming period is to devise a pattern of relationships that will permit us to maintain this position of disparity.”  (George Kennan, Foreign Relations of the United States, 1948. Report by the Policy Planning Staff, Washington, DC: General Printing Office, 1976, pp 524-525.)  Thus began a subtle, new kind of Empire.  In 1953, the CIA helped organize a coup in Iran to overthrow a democratically elected president to ensure that Anglo-Iranian Oil Company would have access to oil fields.  The oil company renamed itself British Petroleum.  Intense anti-Western sentiment built in Iran as the CIA installed a dictator, the Shah of Iran.

The CIA opposed democracy and installed dictators in Guatemala in 1954, Hungary in 1956, Laos in 1957, Haiti in 1959, Ecuador and Congo in 1961, the Dominican Republic in 1963, Indonesia in 1965, etc.  The list is depressingly long.  American business interests spread like a cancer over Latin America and Southeast Asia.

I give because I want to be generous, and because I want to express my grief in love.  “But that sounds like being motivated by guilt.”  No, I’m not motivated by guilt.  True guilt requires direct action to the people I directly hurt.  But in the political-economic context in which we live, neither the hurt nor the recompense is so direct.  So I give because the system is unfair and because I grieve it.  A good deal of the money we have was built on the suffering of other people.

Jesus called the rich ruler to give up all he had (Lk.18:18-30).  The ruler could not.  Then Jesus met Zaccheus (Lk.19:1-10), the filthy rich chief tax collector whose wealth flowed from the reality of Empire.  He sat at the top of a pyramid of lower ranking tax collectors; they got their wealth by collecting taxes for the oppressive Romans and skimming off of the Jewish people.  Zaccheus was able to give up his wealth.  Perhaps he was motivated by an appropriate guilt, to some degree, since he promised to give back four times the amount he had defrauded people; it was a direct action towards specific people he had wronged.  But perhaps he was also motivated by grief, since he also gave half his money to the poor, right off the bat.  Was he able to do so because he knew his money came from an unjust system?  Because he was already uncomfortable?  Was he already growing in his conviction that Empire was wrong?  Did a new identity with Jesus empower him to act on what was already gnawing on his conscience?

This kind of grief is one aspect of love.  “You were made sorrowful to the point of repentance; for you were made sorrowful according to the will of God, so that you might not suffer loss in anything through us.  For the sorrow that is according to the will of God produces a repentance without regret, leading to salvation, but the sorrow of the world produces death.  For behold what earnestness this very thing, this godly sorrow, has produced in you: what vindication of yourselves, what indignation, what fear, what longing, what zeal, what avenging of wrong!”  (2 Corinthians 7:9-11)  “Blessed are those who mourn, for they shall be comforted.”  (Matthew 5:4)  Shall we give because we, with Jesus, grieve and mourn?  Shall we give because we, with Jesus, long for the comfort of the poor?

3 thoughts on “Motivated by Grief”